Elements of The Fraud & The Law & Crimes Committed

Elements of The Fraud & The Law & Crimes Committed 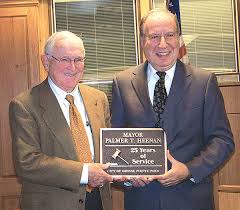 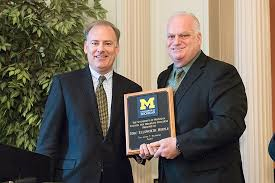 Richner on left in upper right photo with unknown individual on right.

THE ABUSE OF POWER AND INFLUENCE AND THE FRAUD

It is possible that there was collusion with other members of the Grosse Pointe Park city government when city council members went along with Gregory Theokas when he persuaded them to decide in a behind closed doors session (see email in Proof/Documentation Section) to decline the offer of a gift of the property to the city of Grosse Pointe Park from Thomas Van Lokeren (see email in Proof/Documentation Section) – – allowing Theokas & Richner to pick the property up at auction for a song and subsequent to that ask tax officials to confer upon them a giant illegal valuation discount resulting in a giant illegal discount on the property taxes they would have to pay each year on the property going forward.

The following law that applies in this situation was broken by Theokas & Richner:

“A sale or other disposition by this state or an agency or political subdivision of this state of land acquired for delinquent taxes or an appraisal made in connection with the sale or other disposition or the value attributed to the property of regulated public utilities by a governmental regulatory agency for rate-making purposes is not controlling evidence of true cash value for assessment purposes.”

The reason the above applies is that the property being discussed was disposed by a political subdivision of the state (Wayne County, Michigan) and it was sold to recover delinquent taxes. Therefore the sale price of $265,400 should not have been used as controlling evidence of the true cash value of the property for property assessment purposes. It is required by law that tax officials look past the acquisition price of property acquired for delinquent property taxes at public auction from (a political subdivision of the state of Michigan) – – in this case Wayne County, Michigan  in order to determine its true cash value (fair market value) in order to make that determination for assessment purposes. The tax officials meeting with Theokas & Richner took no such action.

By way of looking at the previous property taxes under the former owner, they should have surmised that the true cash value (fair market ) was an order of magnitude higher than the price paid at auction. They should have assessed the property at a much higher value. The tax officials were quite aware of the higher value but bent to the wishes of Theokas & Richner. There was dialogue between Theokas & Richner and tax officials in which Theokas & Richner requested special dispensation from tax officials in the meeting to keep the assessed value artificially low(see email in – Documentation & Proof of Fraud) section.

Tax  officials, should never have allowed the true cash value (fair market value) for tax assessment purposes to be pegged at the price paid at public auction or something near that value. In fact to give the appearance that they had actually considered a higher true cash value (fair market value)  and to avoid the appearance that they gave favorable treatment to Richner & Theokas , with a wink and a nod the tax officials bumped the true cash value up from the price paid, $265,400 to $300,000, a paltry, insignificant increase of $34,600 in true cash value when the increase should have been in excess of $500,000. That way technically the record would show that they had not used the purchase price paid in a public auction. As is often the case cronyism and influence peddling won the day. I have not been able to ascertain who the tax officials were in this abuse but have filed a Freedom Of Information Request with Grosse Pointe Park’s city attorney, Dennis Levasseur of Bodman PLC law firm requesting records that would reveal the identities of those officials. I believe but am not certain that the Board of Review Members in that meeting were Margot Parker, William Finn and Robert Buhl (deceased). I could be wrong–there might have been an alternate in place but I believe these were the Board of Review members that held office at that time.

The property taxes before the property went to auction were $18,188 in 2010 based on a taxable SEV of the former owner of just over $302,663. After Theokas and Richner met with tax officials in 2011 the property taxes decreased to $9,285. Once the property had changed hands the SEV should have been uncapped to the actual newly assessed SEV by the GP Assessor of $417,800 which would have put the property taxes at $25,862. So the illegal annual discount is computed by deducting the illegally discounted property taxes of $9,285 from the newly revised correct property taxes of $25,862. That amount is $16,577.   It wasn’t enough for the perpetrators to pick up one of the real estate deals of the decade. They were then compelled to use their influence to profit even further by obtaining illegal tax breaks.

PLEASE SEE THE FIRST LINE AT THE TOP OF THE PROOF & DOCUMENTATION SECTION WITH THE LINK TO PDFs OF THE ACTUAL PROPERTY TAX BILLS SHOWING THE STEEP DECLINE IN THE SEV FROM 2010 TO 2011 AND THEN THE STEEP INCREASE BACK UP TO TRUE SEV IN 2012. THIS PDF ALSO SHOWS EVIDENCE OF THE MARCH 24, 2011 MEETING (Item # 8 on schedule sheet).

With regard to the gift offer of the property to the city, Gregory Theokas, mayor pro tem at the time,  insisted to the other city council members, in that closed session city council meeting, that they as representatives of the City of Grosse Pointe Park should decline the offer and that a private party would pick it up at auction. He was right about that. He and Richner cherry picked this property at auction being the highest bidder because as stated before they knew everything about the property as the mayor, the city council and the city manager were apprised of the important details regarding the property.

CRIMINAL STATUTES THAT MAY HAVE BEEN VIOLATED

In summary here are some of the  crimes that may have been committed by Theokas & Richner and this is just for starters:

I invite you to go to the Proof/Documentation  section & then to the  WHAT YOU CAN DO section to see various options to exert pressure on government officials to refer this matter to the Wayne County Prosecutor  for investigation and prosecution.